As some of you may or may not know, I have my degree as a Veterinary Technician and work at a local Animal Hospital that offers emergency services. While working recently, 2 dogs were hospitalized, both in need of blood transfusions. Often, blood transfusions in a veterinary clinic require a donor dog to be available or located quickly. In this instance, I brought one of my kids into the clinic as he is an ideal donor candidate. He is a large dog, young, never had any compromising illnesses, heartworm negative, and is a happy dude overall. He donated blood, and the recipient received the blood without any complications. Her bloodwork showed marked signs of improvement and she began to come around.

This dog has an auto immune disorder that causes her body to attack its own red blood cells. Without a transfusion, she wouldn’t have had an adequate amount of red blood cells in her body to sustain life. She is a young dog with much life ahead of her. A transfusion was necessary. It was the right thing. And, my big handsome donor boy, was a hero dog that day.

When her people came to visit she was noticeably improved. Enough energy to eat and go outside to go to the bathroom, excited to see her people. While discussing her diagnosis and explaining the transfusion process and the desired results, her people looked at me and Dad said, “What kind of dog donated the blood?” They seemed VERY concerned about what type of dog may have donated blood to their very proper, pretty, purebred small/medium breed pooch. I responded simply with, “Well, it was my dog that donated, actually.” And with that, I attempted to continue to discuss their dog’s condition. Dad interjected again, “No… but what KIND of dog donated the blood?” I said, “Really, he is just a great big mutt.” He says, “But, what does he have in him?” I was trying really hard to not focus on something as trivial as breed in this instance. I was trying to focus on their dog, her diagnosis, her current condition and explain the procedure she had undergone the day before.

For those who are unfamiliar, and honestly I would expect that most folks are if you’re not in the world of Veterinary Medicine, there are certain criteria that make for an ideal donor candidate. First off, in this instance, size IS important. The larger the dog, truly, the better. The average blood transfusion requires approximately 500ml of blood or more. In kitchen measurements, that is 16.9oz. That is a little more than 2 cups of blood. Smaller breed dogs wouldn’t safely be able to give up that quantity of blood. Obviously, dogs that are healthy, without infection, blood parasites or on certain medications are going to be ideal candidates. Burley is all of those things, so bringing him in to donate seemed like a no-brainer.

Back to dad’s concern about what type of dog donated… I finally said, “Well, if I had to guess he has some large breeds in him. Most likely Great Dane/Pit Bull or large Retriever/Pit Bull. But, I don’t know what his breeds are.” Insert audible gasp here. Dad was absolutely mortified. He turned his head away from me and said, “Pit bull!?” he snuggled his little fluffy dog close. Mom began to “explain”. Their adult son was attacked by a “130 lb Pit Bull” in the inner city where he lives. She went on to explain how they know that all Pit Bulls are vicious, but their son who was attacked has a pit bull at home, but his dog is good. Only good pit bull they know of. They were so concerned about the fact that there might be some “pit bull” in the dog that donated LIFE to their dog that they couldn’t get past that he wasn’t a purebred small/fluffy like their own dog.

They tentatively asked me if they could just contact one of the families that had one of her puppies from a litter she had previously to donate blood if she ever needed another transfusion. I tried to explain transfusions, blood types, antibodies, cross-matching, but I could see it going right on past them in that moment. I simply said, “No. Truly, her best bet for a transfusion will be to have my dog donate again if she needs another.” “But her puppies are related. Why can’t they donate?” I tried to explain that being related doesn’t equal a guarantee for a match. They were certainly a bit distraught over learning their pretty little dog had been saved by a “beast”.

I eventually had to walk away and do my best to not be offended. But folks, I am offended. I am offended for my dog. I know he doesn’t feel offended. He was just happy to be with Mom at work, then he got some drugs that made him sleepy, then he was awake and happy again. He didn’t care, but I care. 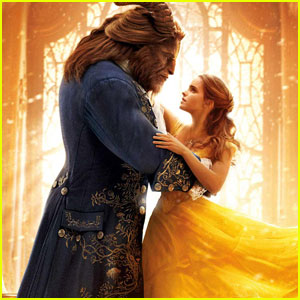 He is not somehow less worthy of saving a life than any other dog because he doesn’t have a traceable pedigree. The other dog isn’t any less in need of blood because it comes from a mixed breed dog. And, certainly, the way he looks has no bearing on his personality, nor do either of those things have anything to do with whether or not his blood will save her life. Even if he did have “aggressive tendencies” his blood would not transfer his personality traits to her. I have taken this situation, likely, more personally than I should have. In my opinion this situation is truly no different than finding out that you received a blood transfusion from a person of a different ethnicity and being upset that the person has a different ethnic background than you do, or (gasp) a completely different skin color. At the end of the day, the transfusion was successful and the recipient is better off because of it.

I brought my dog in to save a life. He did that.

At the end of the day, this is an opportunity to change some minds. I know that.

As far as the “taking this personally”, I don’t know that I will let go of the sadness of the judgement of my dog’s physical appearance being more important to these folks than the fact that he likely saved her life any time soon. So for now, I will thank my dog. I will understand that his donation was life-saving and I will know that the general ignorance displayed in that moment was from misguided information. The kind of misinformation that the Pittie Committee strives to overcome.